Abstract game about consent for two players on one Xbox controller.

Players have to generate sensations on the other player using the vibration of the controller. Each player has the freedom to choose if she accepts those sensations or not.

Stick down to give bad feedback.

Stick up to give good feedback.

Stick up to start.

Each player have to generate sensations on the other player using the vibration of the controller. Each player has the freedom to choose if she accepts those sensations or not. The objective is for both to reach climax at the end.

This game was part of a Game Jam about sex education. The objective of the game is to talk and understand sexual consent on an abstract way.

With the game we want players to feel a connection with each other. Each player controls one side of the joypad and receives vibrations only from that side. The other player has the ability to activate the vibrations of the other player if she is willing to receive that sensation. When both players have received enough good feelings they can climax on the centre of the screen.

We think that the novel or experimental thing of this game is that it tries to make a bond between two players using the vibrations of a game controller and video game mechanics. Some games tried to make a bond between the player and a fictional character using the vibrations of the controller, for example Ico or Luxuria Superbia. We take that idea a step further trying to make the connection and bonding between two human players.
It is a sexual game without anything explicitly sexual on it.

Each player can give negative or positive feedback to the actions of the other player. The feedback changes how quick they can reach climax or get a Game over if they give a lot of negative feedback.

It is mandatory to play with two players using the same Xbox 360 controller.
___ 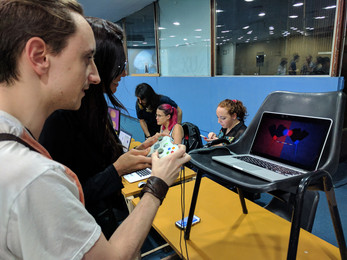 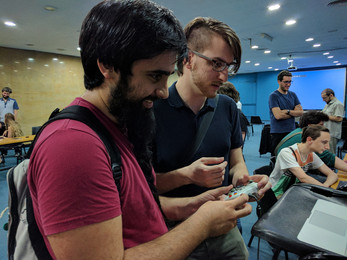 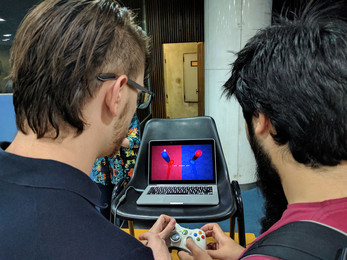 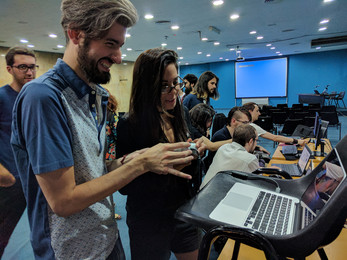 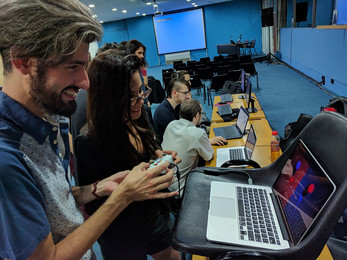